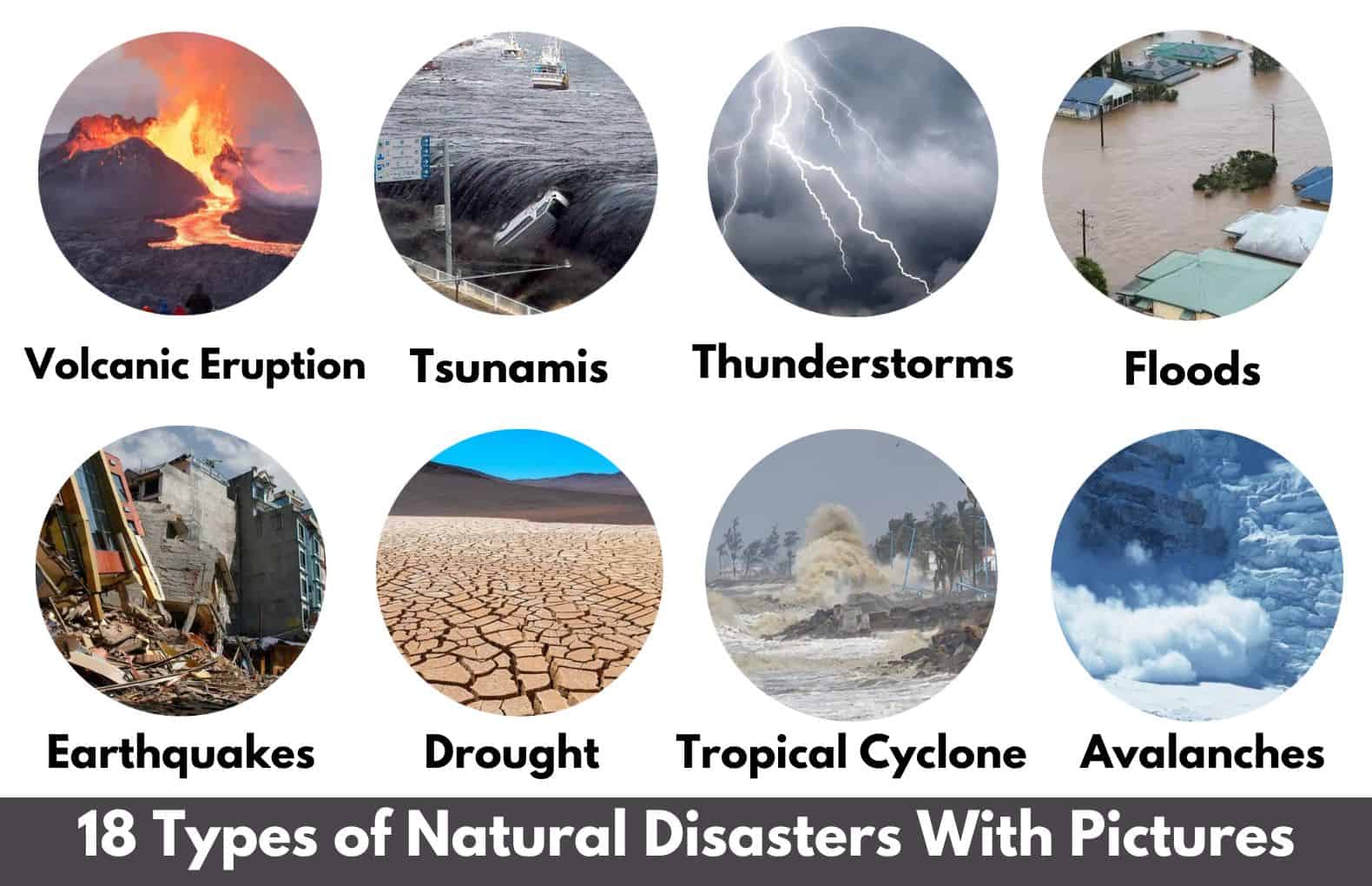 Natural disasters can be devastating events that devastate property, threaten life and wildlife, and disrupt normal activities. They can be caused by a wide variety of natural hazards, human activities, and human choices. While there is no way to completely prevent disasters, precautionary measures can reduce the after-effects. Floods, earthquakes, hurricanes, and tornadoes are some of the most common and deadly natural events in recent years.

Natural disasters are a complex topic, and the impacts of each type of hazard differ widely. Many large organizations dedicate their time to research and educate the public about these hazards. The United Nations, for example, created the United Nations International Strategy for Disaster Reduction in 1999, which spearheads the global effort to reduce disaster risk.

Despite advances in hazard mapping, there is a critical lack of predictive models. This is due to the lack of national data and a failure to consider the interactions of multiple hazards. For example, floods can create an environment for disease vectors to spread.

In addition to natural disasters, complex emergencies have additional factors that make them more challenging to manage. First, they are often associated with a breakdown in authority. Secondly, they can result in a large-scale displacement of people. In such situations, the population is often vulnerable to many different diseases. And third, the lack of access to clean water, sanitation, and vaccine coverage can lead to a significant amount of mortality.

Complex emergencies can be classified as acute or chronic. An acute complex emergency, on the other hand, involves an acute environmental disaster and a severe level of armed conflict. Other characteristics include a high vulnerability to climate change, severe poverty, and disturbed demographics as a result of high numbers of refugees and IDPs. In addition, complex emergencies may be classified as chronic, or long-term, depending on their duration and the conditions and behaviors that contribute to them.

These types of emergencies usually require a multifaceted response from the international community. They also pose a number of challenges, because they are often associated with social, medical, and political conditions that result in great human suffering and death. Complex emergencies require long-term political and humanitarian assistance.

Earthquakes are sudden jerks of shaking in the Earth’s crust that can cause immense destruction to structures. They can occur anywhere in the world and can cause major damage to homes and infrastructure. The number of earthquakes per year is estimated to be about 500,000. Some regions of the world are more prone to earthquakes than others. Approximately one out of every 100 people dies in an earthquake.

Large earthquakes can have a severe impact on economies. They can destroy entire cities, resulting in massive damage. In fact, the 2010 Haiti earthquake resulted in a 12% reduction in GDP. A single earthquake can cause a massive amount of suffering and force millions of people into poverty.

When an earthquake occurs, scientists can use the Richter scale to measure its magnitude. This scale is based on information gathered by seismographs. Earthquakes over seven on the Richter scale are considered devastating and can cause millions of deaths. Because of the potential for such large disasters, it is important to protect against these catastrophes.

The immediate effects of an earthquake are mainly on the people affected by it. Roads, bridges, and airports may be damaged and communications systems may be hampered. Because of this, the emergency aid effort is typically focused on the search and rescue operations. However, many people still have to take care of basic needs.

Infectious disease outbreaks are a major global problem that can spread rapidly from place to place. When a large-scale outbreak occurs, it can lead to a humanitarian emergency, which is declared by the World Health Organization (WHO). Infectious diseases are caused by pathogenic microorganisms that cause a variety of different ailments. They are typically spread from person to person or through indirect contact. Human behavior and the environment can also be risk factors for an outbreak, making prevention and intervention efforts essential.

There are two types of infectious disease outbreaks: epidemics and pandemics. The first type is endemic, while the second is newly emerging. Examples of recent outbreaks include SARS and the 2009 H1N1 influenza pandemic. In addition to epidemics, infectious diseases can cause a pandemic, which is when people are affected by a large number of people at one time.

Outbreaks can also be caused by a lack of vaccine. For example, in 1987, there were four outbreaks of Shigella sonnel gastroenteritis in four summer camps in New York State. In two of the camps, 150 and 167 of 286 people became sick. In the fourth camp, eight people contracted Shigella. Epidemiologic investigation revealed that there was a point source foodborne outbreak in two camps, and that it was spread through person-to-person contact outside of the camps.

Subsidence is a term used to describe the downward movement of the Earth’s surface. It is caused by both natural processes and human activities. Subsidence involves little or no horizontal movement, and is different from slope movement. Subsidence occurs most often in areas where there are heavy loads and poor drainage.

Subsidence is a dangerous problem for buildings and infrastructure. It can be caused by several different causes, including human-related processes such as mining, pumping and fracking. It can also occur naturally, such as in areas with a large amount of ground water. This type of movement can result in substantial damage to structures, roads, and railways.

Another cause of subsidence is leaking drains and water mains. These can wash away soil and soften the ground, making the property sink. Additionally, properties that are built on or near quarries can also be susceptible to this problem. These properties are often built on clay soils, which are very prone to shifting and crumbling under pressure.

Extreme temperature disasters can have devastating effects on many different areas of society. For example, unusually hot temperatures can increase power demands for air conditioning and cause heat stress to crops. Similarly, unusually low temperatures can cause damaging frosts and disrupt transportation. And while these events are unpredictable, there are some things that we can do to prepare for them.

The most common extreme weather event that researchers study is heatwaves. But with climate change, these events are becoming less interesting to study. One senior lecturer at Imperial College London and the co-leader of the World Weather Attribution, a consortium of scientific institutions, is taking a fresh look at heatwaves. The consortium’s goal is to provide reliable, timely information on climate change and extreme weather.

The temperature disasters are deadly. In the United States, the hottest days of the year cause more deaths than any other weather disaster combined. Heat waves kill more than six hundred people annually. They also disrupt critical infrastructure and health services. A recent heat wave in Europe killed about 1,500 people. And heat waves have been linked to up to 20,000 deaths in North America since 1980.

Wildfires are a common type of disaster that causes massive damage. These fires usually start when dry conditions or high temperatures are present. The ignition of fires can be natural or human. The fire spreads fast and is often accompanied by heavy smoke, so it can be extremely unhealthy for people. The most common time for wildfires to occur is in the summer and in drought conditions. During these seasons, hot, dry winds are more common than during other times of the year, and wildfires often start on “red-flag days,” when the fires are most likely to spread. When heavy rains fall, wildfire-damaged areas can also experience mudslides and flooding. These events cause additional stress for the communities and can last weeks.

Increasing numbers of wildfires occur every year. These disasters are caused by a variety of causes, including inconsiderate campers, fireworks that go wrong, and gender reveal parties. While some wildfires are naturally occurring, most are caused by human activity, such as the burning of trash and debris. Climate change and other human-made events also contribute to the increased frequency and size of wildfires.