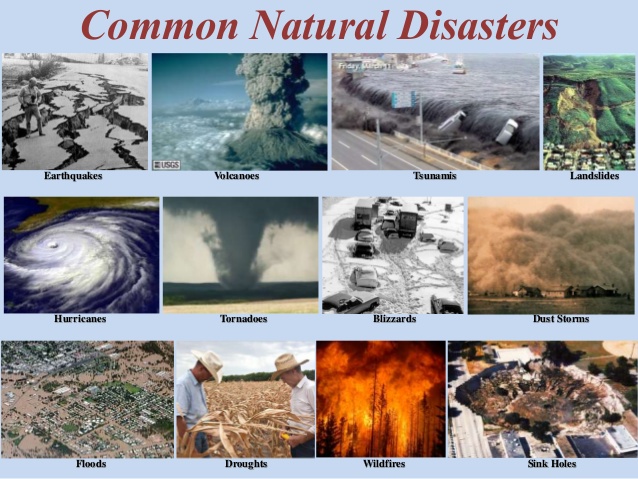 Deforestation has been linked to the development of wildfires and other major natural disasters. Although deforestation is caused by several factors, the most common reason is the logging industry. Logging requires clearing large areas of forest for access by trucks and large equipment. Deforestation also thins the forest’s protective canopy. This canopy protects plant, animal and insect populations, and prevents soil erosion.

The lack of tree cover also increases flooding. Floods can cause massive damage and often result in the deaths of hundreds of people. Researchers at the Charles Darwin University have linked deforestation to increased flooding. A study showed that for every ten percent decrease in tree cover, the likelihood of flooding increased by 28 percent.

Deforestation also contributes to global warming and climate change, as deforested areas produce higher levels of CO2. As a result, rising sea levels and changes in ocean currents can affect people in the affected areas. Additionally, the hydrological cycle may change, making crops less productive and vulnerable to drought.

Soil erosion is a natural disaster. As soil washes away, it carries heavy metals, pesticides, fertilizers, and other materials into rivers and streams. These materials pollute water and destroy marine ecosystems. In addition, sediments from soil erosion can clog water ways. This can cause a major problem for coastal areas.

Soil erosion causes huge economic losses around the world. In fact, it is estimated that soil erosion costs the global economy $8 billion per year. This is primarily due to reduced soil fertility and reduced crop yields. Furthermore, erosion can result in increased water consumption. For example, in Java, soil erosion costs farmers up to 17% of their net income for a hectare of land.

Soil erosion can also result in a significant reduction in the amount of arable land. It is especially damaging to agriculture, as it washes away the fertile top layer of soil. Soil erosion also robs the soil of its organic matter and microorganisms. Ultimately, this can lead to ecological collapse and mass starvation.

We know that pressure is a key factor in causing weather phenomena. It differs in different parts of the planet. For example, pressure is high near the equator, but low near the poles. This is because the Earth isn’t heated equally by the Sun. Thus, the air in these places has lower pressure than the air near the equator. This phenomenon is called convergence / divergence.

Climate change is responsible for a number of weather-related disasters. In 2016, North America was affected by over 1,700 disasters, causing a total of 731,743 deaths and US$38.5 billion in economic losses. Almost half of the disasters occurred in the United States, with storms and floods accounting for the majority of economic losses.

This phenomenon occurs because the pressure of air is influenced by the number of molecules in the air. The more molecules there are, the higher the pressure. The atmospheric pressure, which is also called barometric pressure, is measured using a barometer. Television and aviation weather reports measure pressure in inches of mercury, but meteorologists measure it in millibars.

Earthquakes are among the most common natural disasters that can strike a country or region. They often occur without warning and can cause massive damage to infrastructure. When an earthquake hits, it can generate aftershocks of magnitude 7.5 or greater, which can cause significant damage to the surrounding area.

A great number of tectonic plates contribute to earthquakes, but only a few are known to be the source of them. Most occur along the edges of tectonic plates, such as the Pacific Ring of Fire. The faults that are associated with an earthquake may be complex. This means that the faults may be distant from each other, causing the total energy of an earthquake to originate in many different fault planes.

Floods are triggered by natural disasters, such as hurricanes, earthquakes, and volcano eruptions. The water in a flood can be up to 40 meters high. A tsunami can be even higher. In 2011, a massive earthquake in Japan triggered a tsunami that devastated the Fukushima Dai-ichi Nuclear Power Plant. As a result, a dam holding the reservoir of the power plant burst, triggering a second flood.

The economic impact of flooding is devastating for a community. It disrupts the infrastructure, including roads, bridges, power plants, and communication towers. Floods also cause severe water contamination. In addition, severe flooding can cause waterborne diseases, including typhoid. Also, damaged infrastructure can prevent mobilization and emergency health care services from reaching flood-stricken areas.

Floods can be caused by a variety of factors, including heavy rain and ice melt. In addition, rivers can become overrun by a sudden and unanticipated storm or tsunami. In addition to natural disasters, people living in floodplains can experience flash floods, which are caused by sudden, excessive rainfall.

Tsunamis are extremely powerful waves that travel in the ocean at speeds of up to 900 kilometres per hour. They rise to a height of more than 20 metres and cause extensive damage to coastal towns and infrastructure. These waves are extremely dangerous and can wipe out entire cities. Tsunamis can be devastating and deadly, killing thousands.

Tsunamis are caused by earthquakes and volcanic eruptions. When a large earthquake occurs, an overriding plate can bulge and slip. This process releases a large amount of energy into the water, which is what causes tsunamis. The tsunami waves generated by this process are relatively small offshore, but they increase in height when they reach the shallow waters. Tsunamis can occur during any tidal state, from low tide to high tide.

The waves caused by tsunamis have a very large wavelength, so the ships cannot detect them. As a result, the waves can spread for thousands of kilometers. Generally, tsunamis travel at low speeds, but their long wavelengths allow them to penetrate deep waters.

While humans have little control over the frequency and intensity of most natural phenomena, we can do many things to minimize the potential effects of natural disasters. For example, humans can alter the natural hazards that can affect them by improving their planning. Volcanoes erupt on a periodic basis, and their ash and lava can cause devastating impacts. These eruptions can also trigger tsunamis and earthquakes.

While these eruptions are usually short-lived, the ash and gases that remain are harmful for human health. In particular, large volcanic eruptions can cause global climate change, lowering average temperatures throughout the world. This can lead to poor crop harvests and food shortages. Because of this, many countries are working to curb the negative impact of volcanic eruptions.

The effects of volcanic activity range from ash and lava flows to toxic gas emissions and ground deformation. A volcanic eruption can also trigger local tsunamis and cause flooding when lakes and streams breach. Landslides can also result from volcanic activity.

Hurricanes and typhoons are incredibly powerful storms that form in the ocean. They occur as a result of the collision of warm and cold air. These storms are accompanied by thunderstorms and heavy rain. In many cases, these storms cause devastation as they move toward land. Typically, typhoons occur between the months of June and November and can reach winds of over one hundred miles per hour.

Typhoons cause flooding and damage to roads. They can also disrupt rescue efforts. As a result, residents in coastal regions should secure their homes and boats, reinforce windows, and monitor news reports. If possible, evacuate the area if necessary. The natural world is filled with natural disasters that cause widespread destruction, and these powerful storms can be deadly. In the Philippines, for example, Super Typhoon Haiyan killed over six thousand people. However, scientists are now able to predict the intensity of typhoons using satellite imagery. As a result, different countries have developed different warning systems for typhoons.

Typhoons are caused by hurricanes and tropical cyclones. Hurricanes form in the Northern Atlantic Ocean and tropical cyclones form in the northwest Pacific Ocean. They can cause extensive damage on coastal and inland regions, as they can create tornadoes and microbursts. In addition, they are often accompanied by heavy rainfall. This can cause landslides and flash flooding.